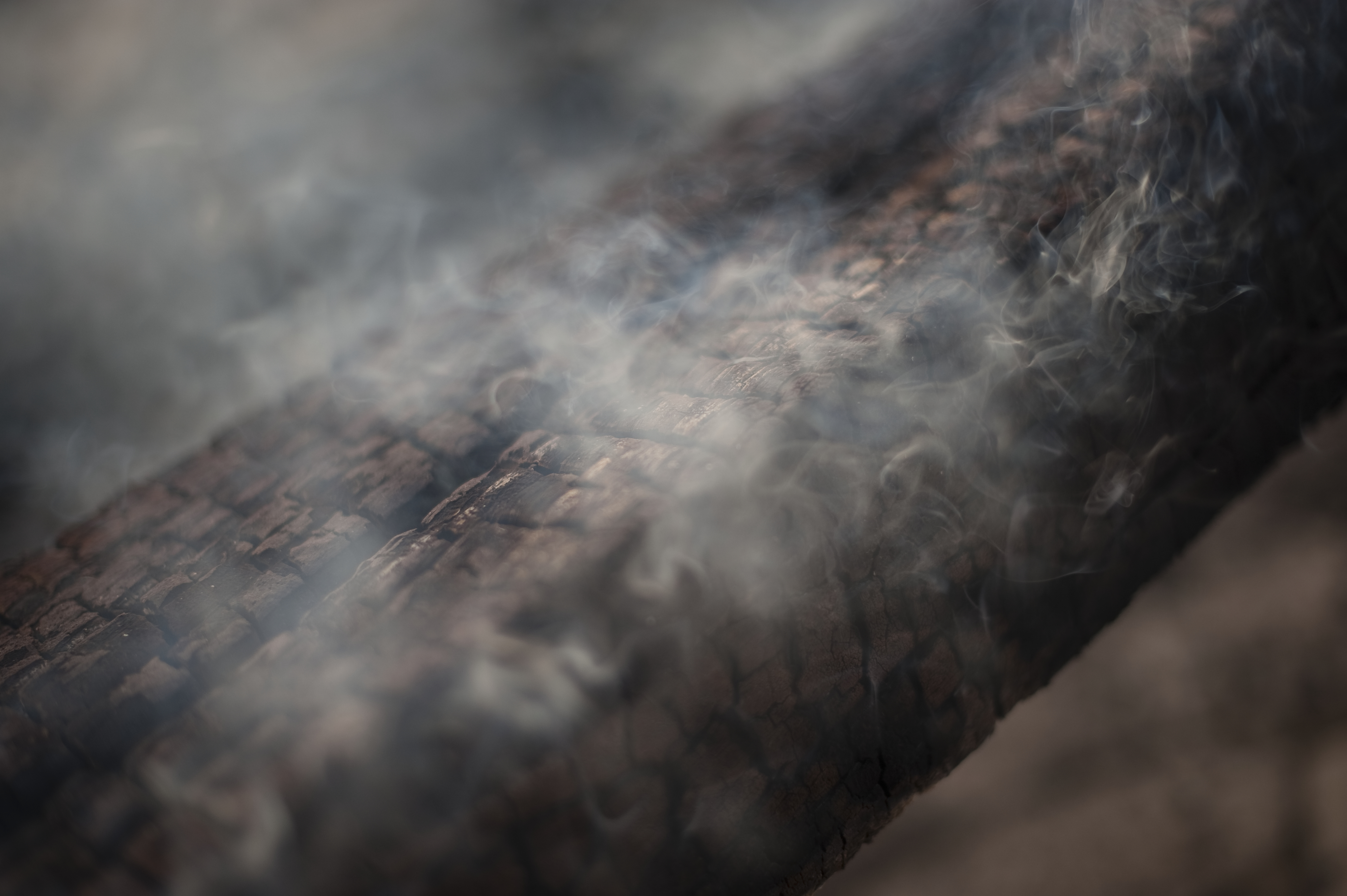 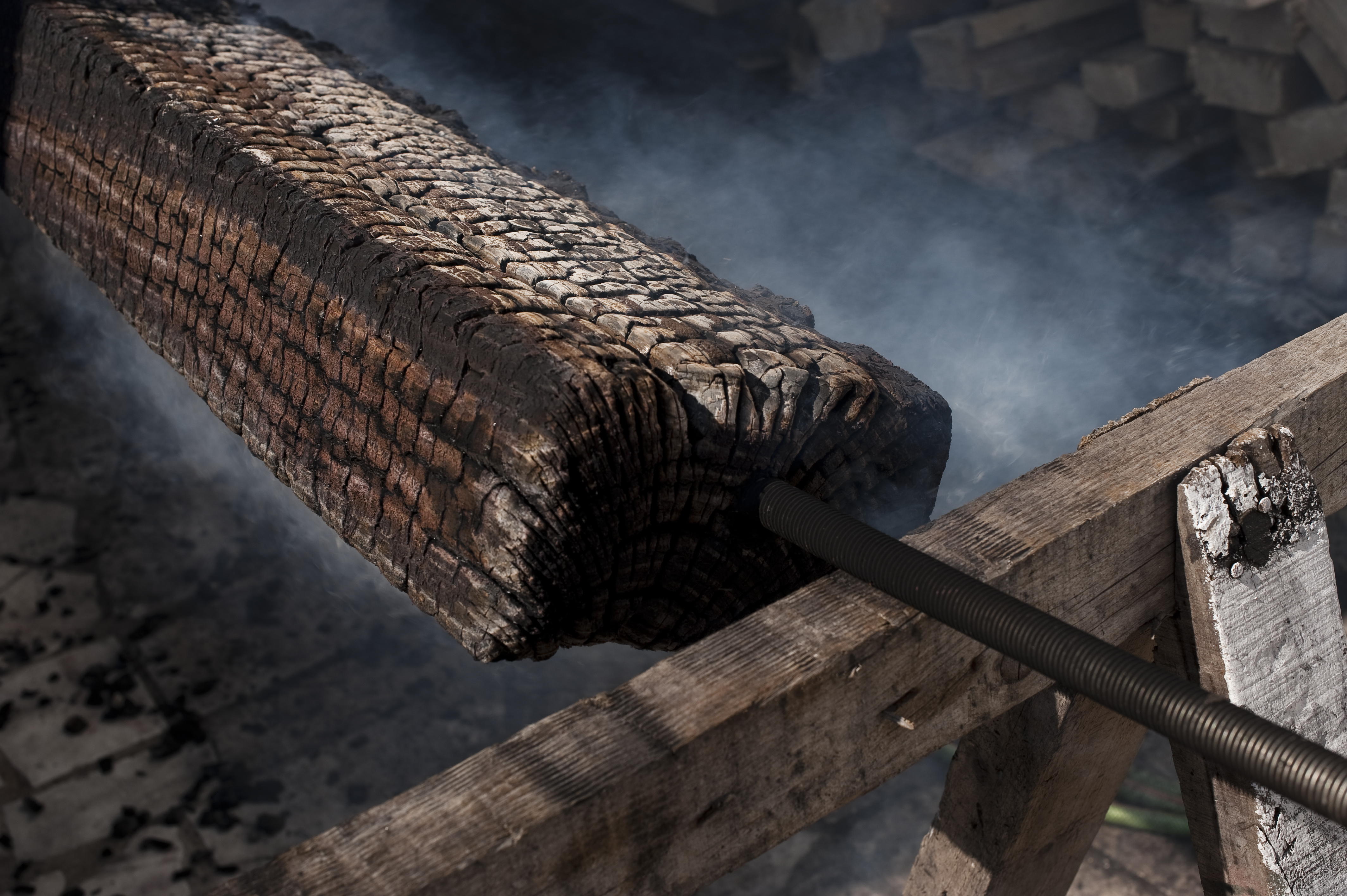 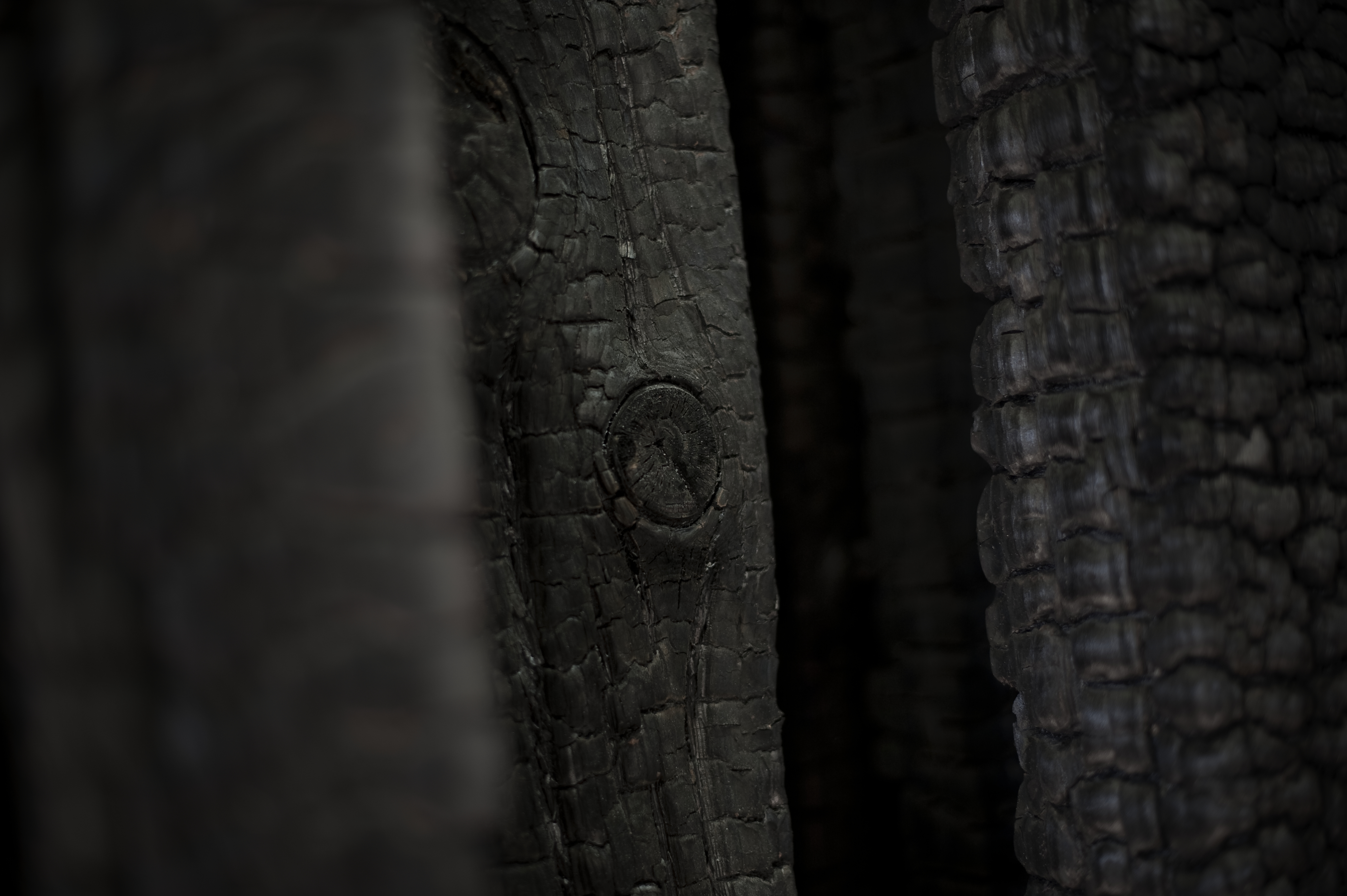 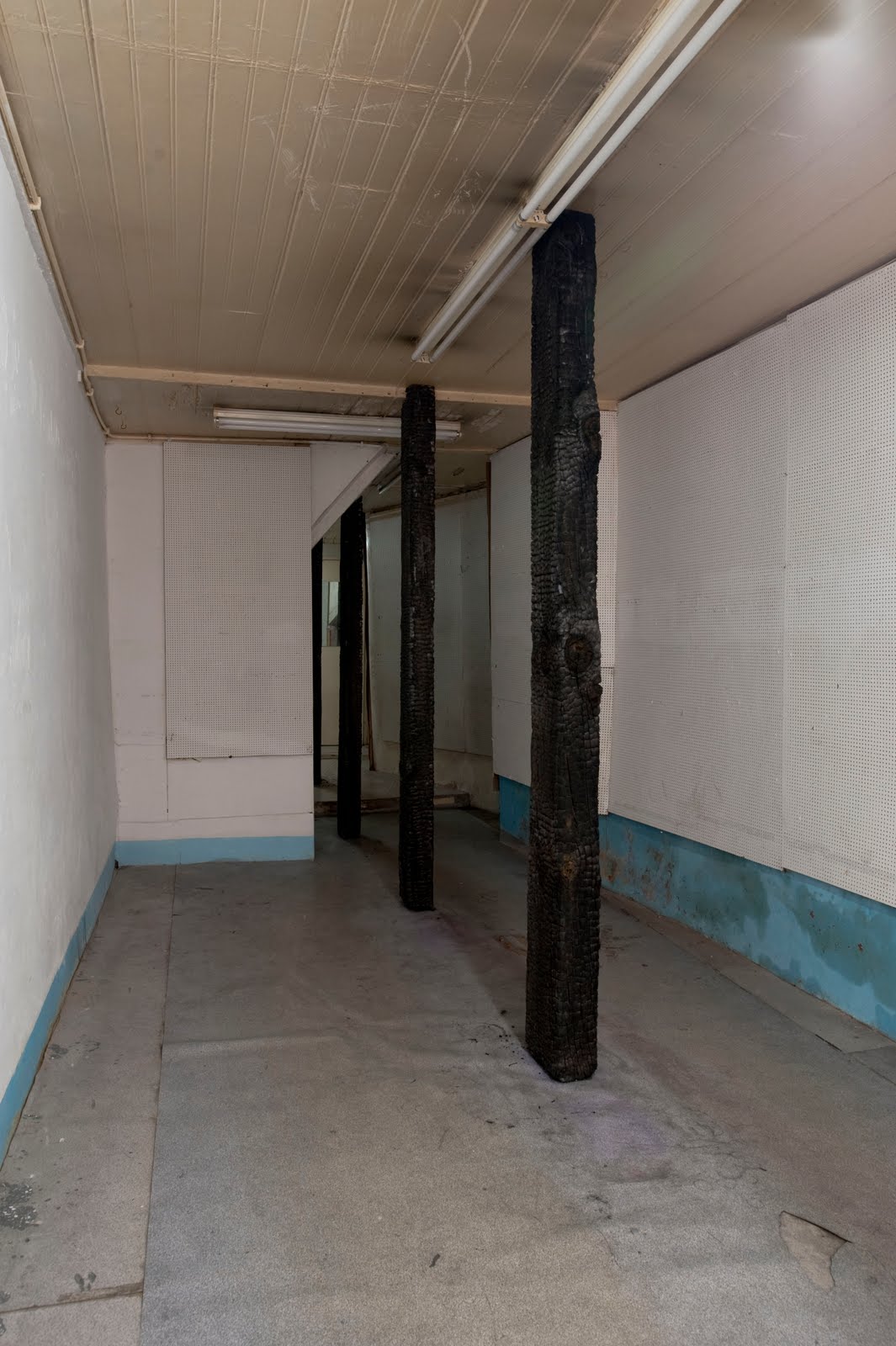 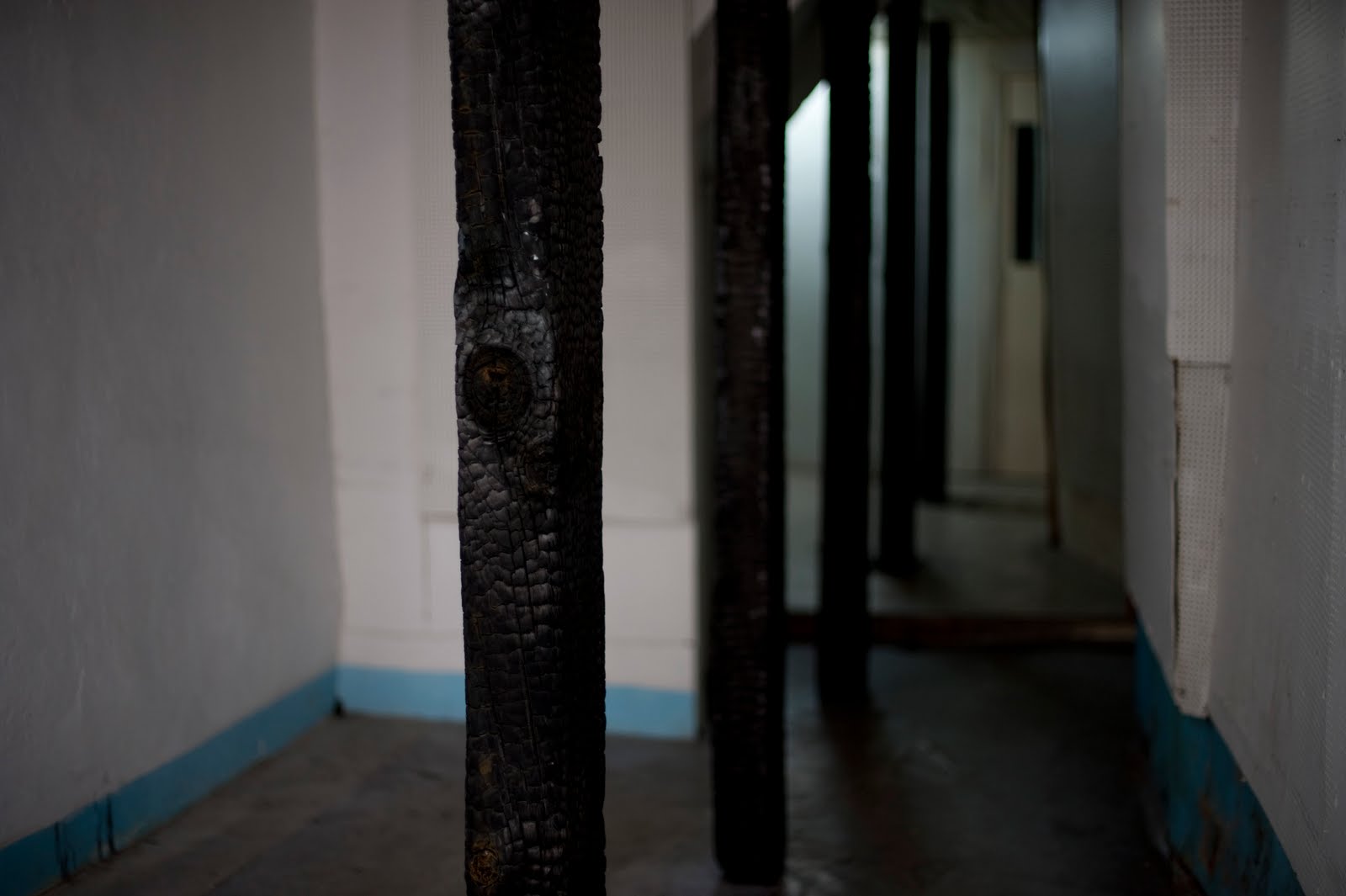 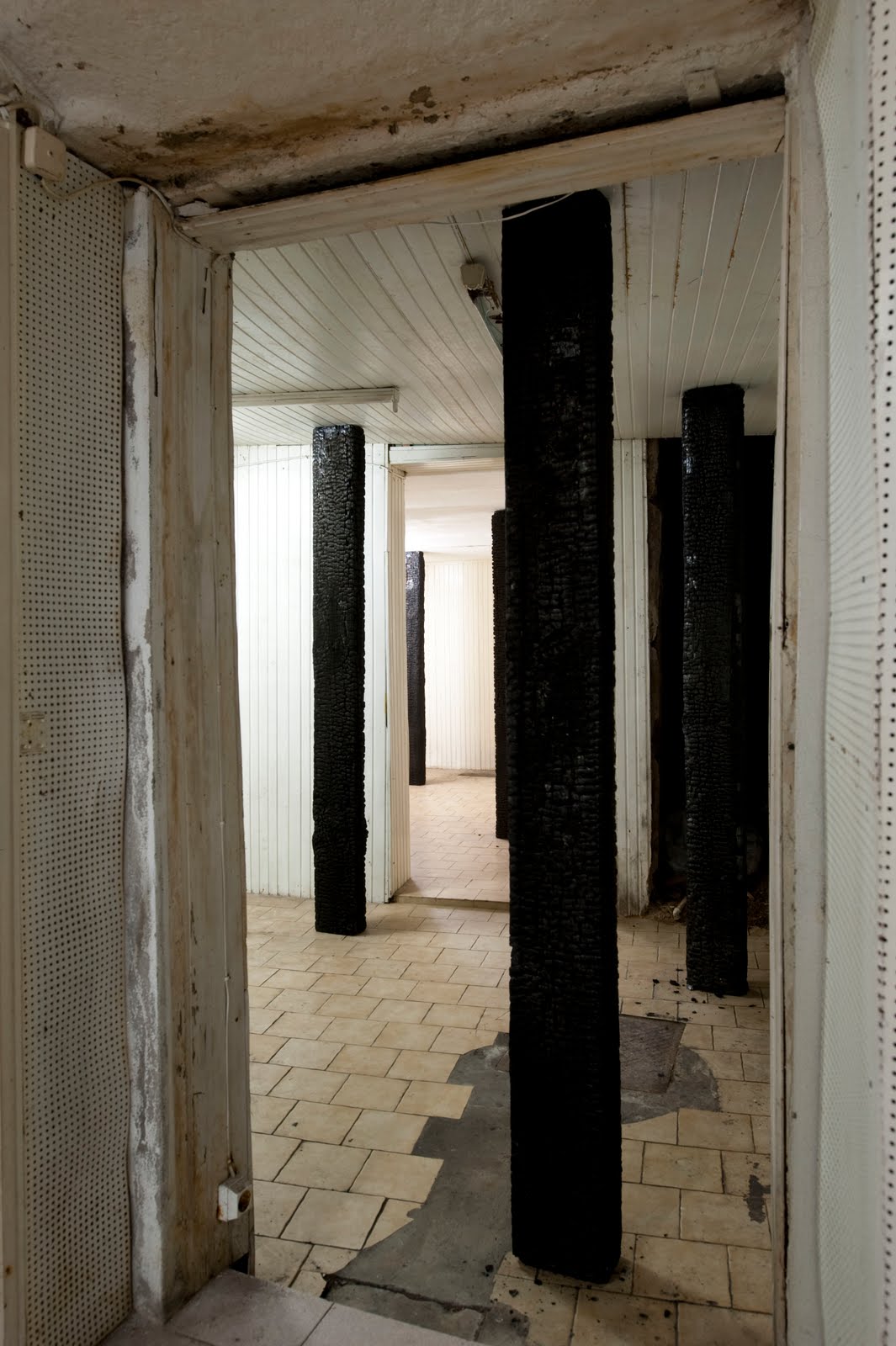 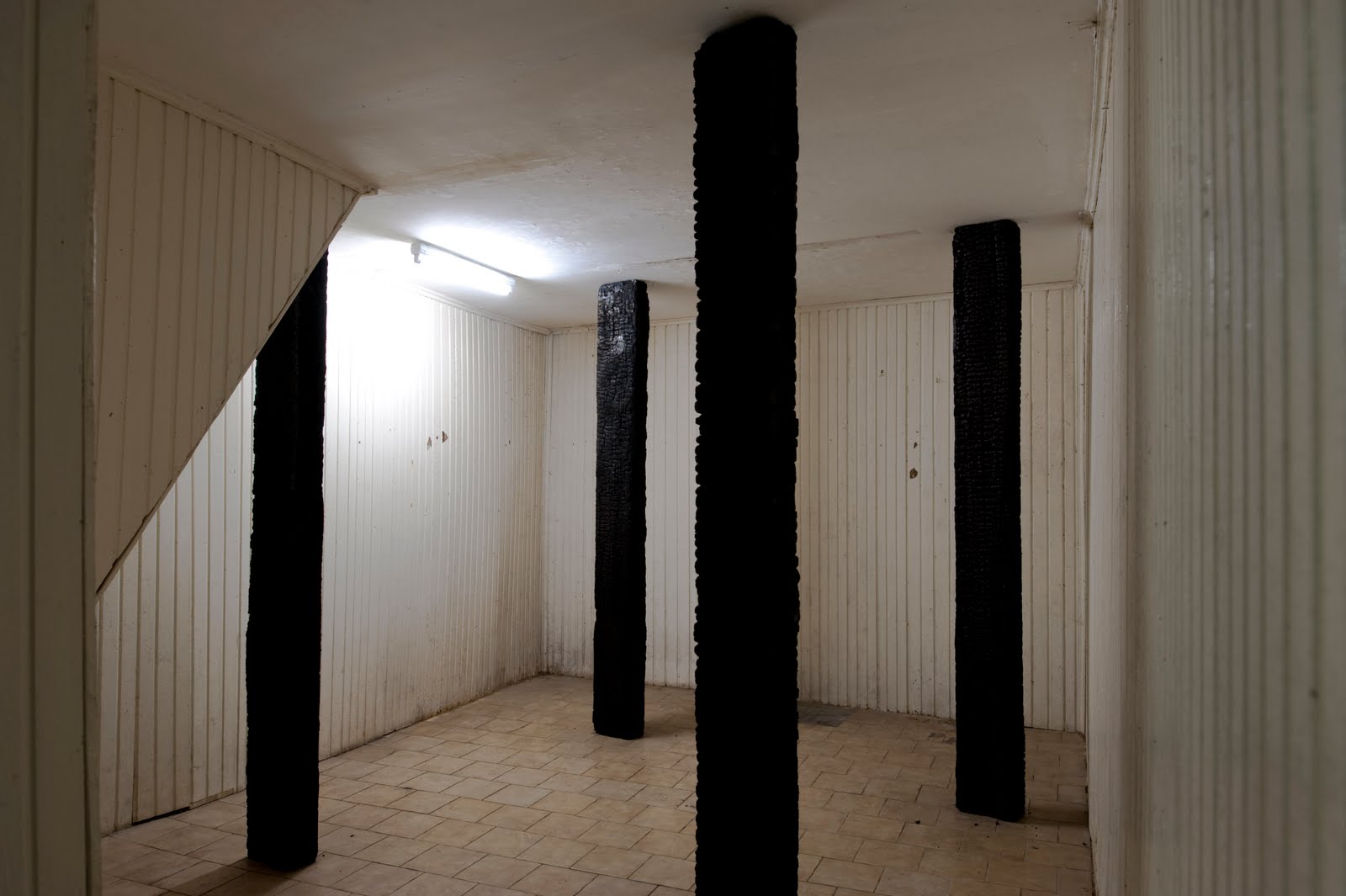 Gone are the times in which sculpture was a subordinate to painting and lived in close proximity to minor and artisanal arts and was subjected to an external law it had to abide to. It has earned its place not just in relation with other arts but also as an autonomous artistic language that is not limited to being a monument, funeral art, architectural ornament or a symbol of earthly or divine power. Classic art has certainly high examples of sculpture, but this realization that sculpture possesses its own imaginary, free from other constrains other than the ones implied in making sculpture or the artist’s own research, is recent. These transformations started with modernism, and fundamentally through specific gestures made by sculptors. In other words, the freeing of sculpture from its subordination to architecture, urbanism, painting, power, or religion can be found in specific works, by specific authors. These generic observations were motivated by António Bolota’s new exhibition (b. 1962, Benguela), because of an important characteristic – the way these new works summon sculpture’s specific imagination and its formal dreams, together with its fight against gravity and its dealings with equilibrium of masses that oppose, conjugate and harmonize. The use of imagination doesn’t mean these groups should be seen as models of sculptures-to-come, imagined and desired pieces, that one day will conquer their final scale inside a museum exhibition room or in the middle of a city, but rather because these pieces take us to the fundamental language sculpture uses in its processes of idealization, formalization and materialization. This exhibition is surprising. First because it is a change in the way this artist has been working: the usual big impressive gesture, an heir to and also contaminated by a knowledge of engineering and its secrets about the precarious equilibrium of mass, gave way to constrained actions, equally intense when it comes to precision and surprise. Also because the use of sophisticated resources was replaced by a way of thinking a lot more economic and synthetic, which is to say, these are simple operations as, for instance, a marble sphere, a steel ruler or a sponge, that juxtaposed materialize the fascinating sculptural equilibriums or, in another example, a piece of graphite with around 30 cm that is suspended by the action of a stone inverting the physical law of gravity and showing that being suspended is a real possibility of matter. These are schemes that are not a type of illusion or a deceiving trick but rather that take us to the operations that originated sculpture. If formal language and its use is an important aspect of this exhibition, another aspect is the way these tables/plinth where the sculptural groups lay remind us of an alchemical laboratory with its glass jars, potions and elements, exposed to multiple metamorphosis and transformations. These small sculptures – that the artist says are Without Scale – through operations that articulate the precision of the gesture that builds, with the chance implied when bringing different matters together, as steel, water, sponge, wood, marble, earth, glass, inscribe these pieces in a space that does relate to any specific geography because these sculptures are not of a place, rather they create their own sense of space. This is another noteworthy aspect of this presentation: to the privileged relationship with the exhibition space in which the sculptor makes interventions, highlighting their spatial characteristics and answering to each space with impressive and monumental gestures, these sculptures now add a demand for a spatiality that didn’t exist before, but that they originate themselves, making their own space of existence. These questions about the origin of the space created by sculpture – that isn’t the space of architecture, nor the space of the gallery, nor the space of the world – are related to the original idea of sculptural imagination. Which means, this exhibition surprises the different ways in which sculpture imagines the space through connections between matter, shape and intensity, which originate their own spatiality, inexistent before. Being that for artists, and following Ana Hatherly’s powerful suggestion, to imagine is a form of action: to imagine the space is to act in the space.

It cuts the space like a knife. It’s not exactly an overtly violent act, but there is the just that slight bit of violence that all the necessary and profound things possess. We could begin by stating that the pieces by António Bolota work in an incisive fashion, even though they are often even discrete when seen on site. Moreover, all of his pieces are built in response to one specific site. But we would run the risk of giving the wrong impression.  For, when the carefully chosen materials turn into a piece, at that moment, the distinction between the space and the piece itself ceases to exist. The object and the spot are all the same place. There is absolutely no distinction between what is inside or outside of the object. Even if the sculpture, or the installation or the video or the action lasts just one minute, during that minute, the work is the location.
For the exhibition at A Certain Lack of Coherence, António Bolota places a sort of grid a series of pillars that appear to support the ceiling. These pillars, massive wooden beams (clearly a cross section of a tree) have been burn. They appear to be ruins, pieces of charcoal, or the subterranean underbelly of a fallen city. This placement, which is far from innocent, reminds us of the foundation of a city, a city which, irrespective of its power above the ground, has rotten foundations. It is impossible to escape the analogy of the city where the piece is displayed, the foundations in ruins behind the granite facades. As is Venice, other cities are also sinking.
With its underground rhythm, as if it were a cryptoporticus, the piece unfolds within the irregular floor plan of A Certain Lack of Coherence. It’s as if a landscape were covered with grids and pillars. The columns link the floor with the ceiling which denies them space enough to be seen as either objects or pieces of art. They now make up part of the building itself. Even though they lack any functional role in supporting the building, these pillars, in the redundancy of their location in the street, support a ceiling that is heaving, a non-existent weight that can be felt as atmospheric pressure or as the pressure of the profound, squeezing against your chest.
Sculptures and buildings coexist within the same tension, for an indeterminate period of time, in the immanence of ruins. 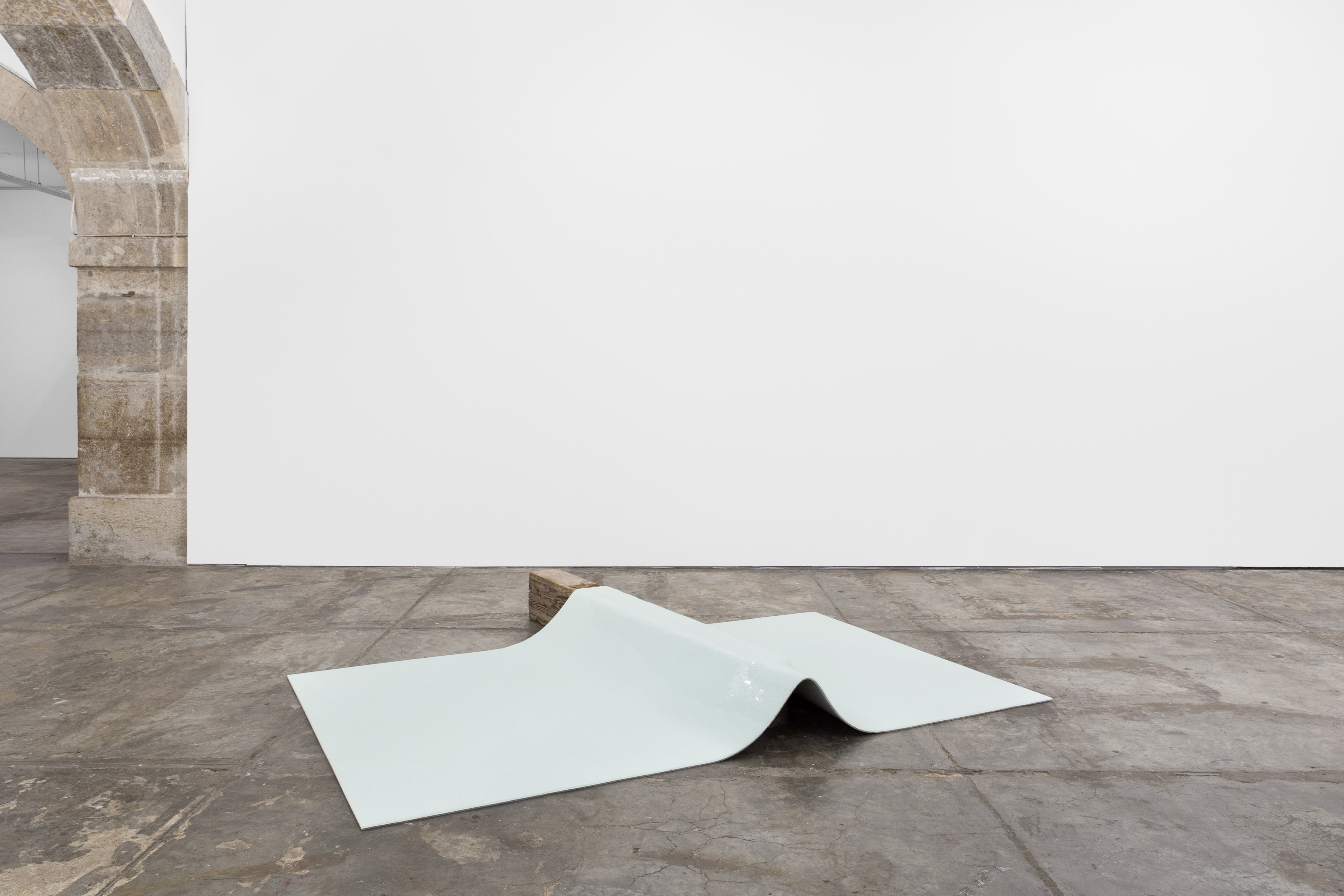 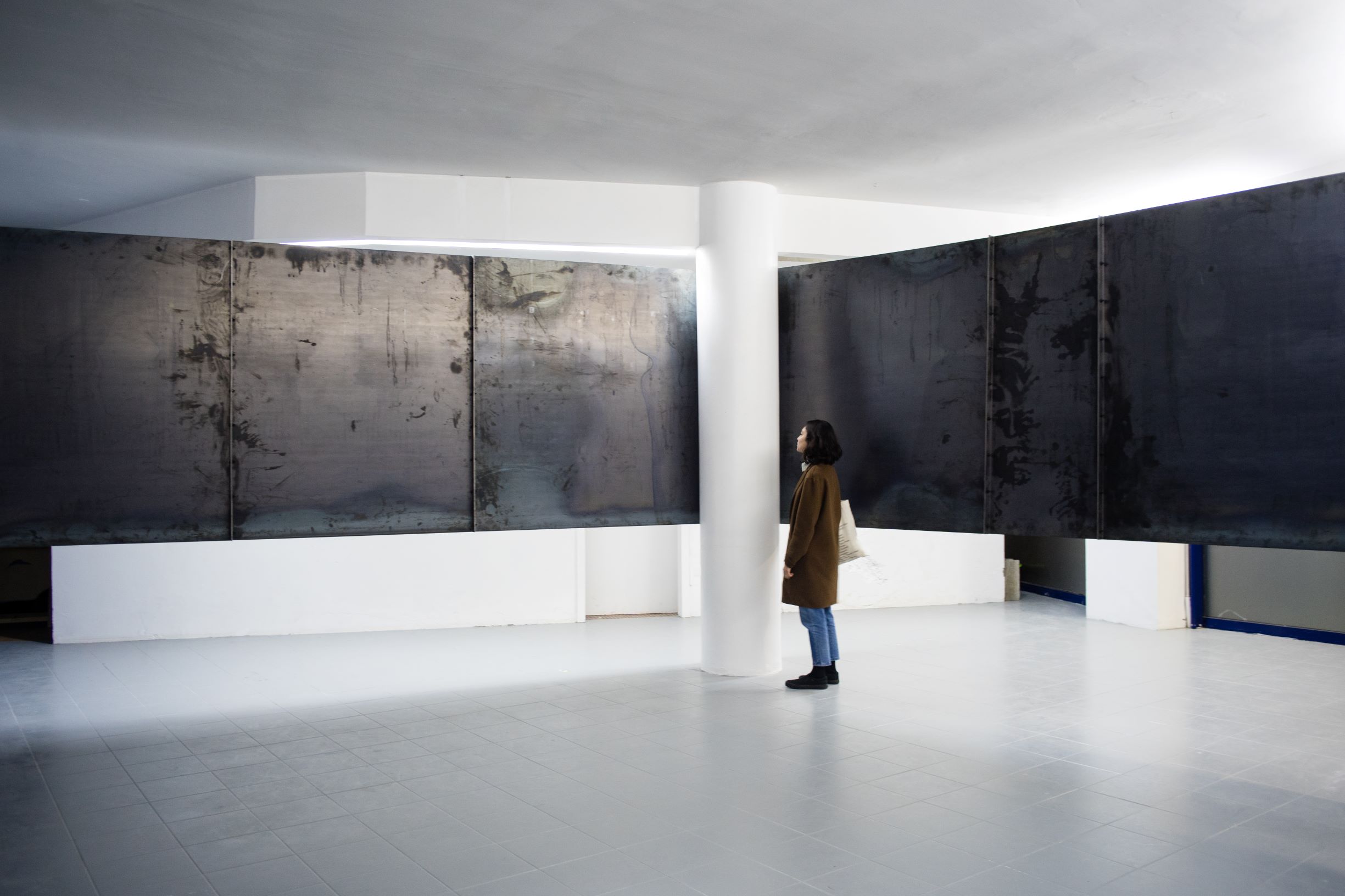 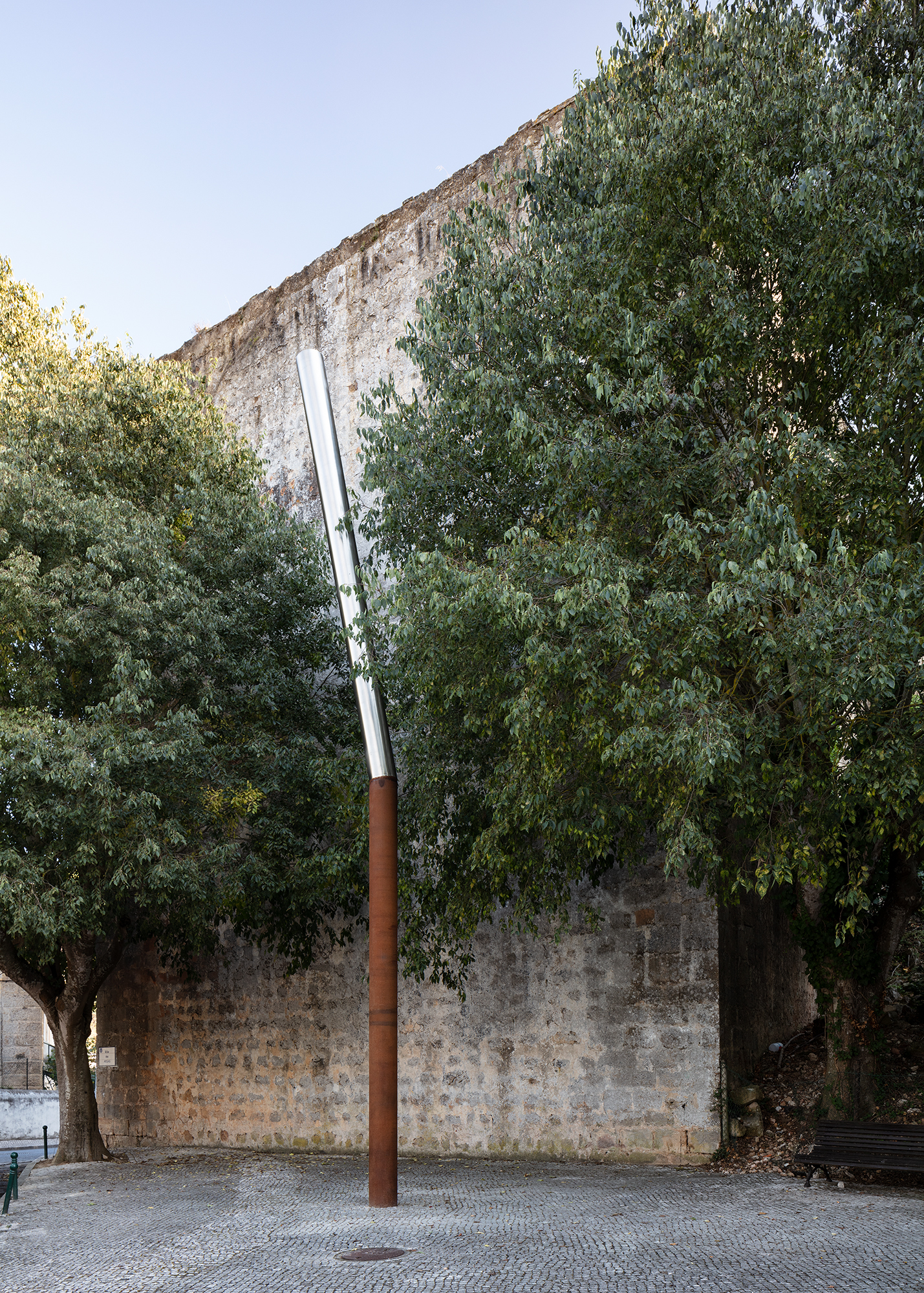 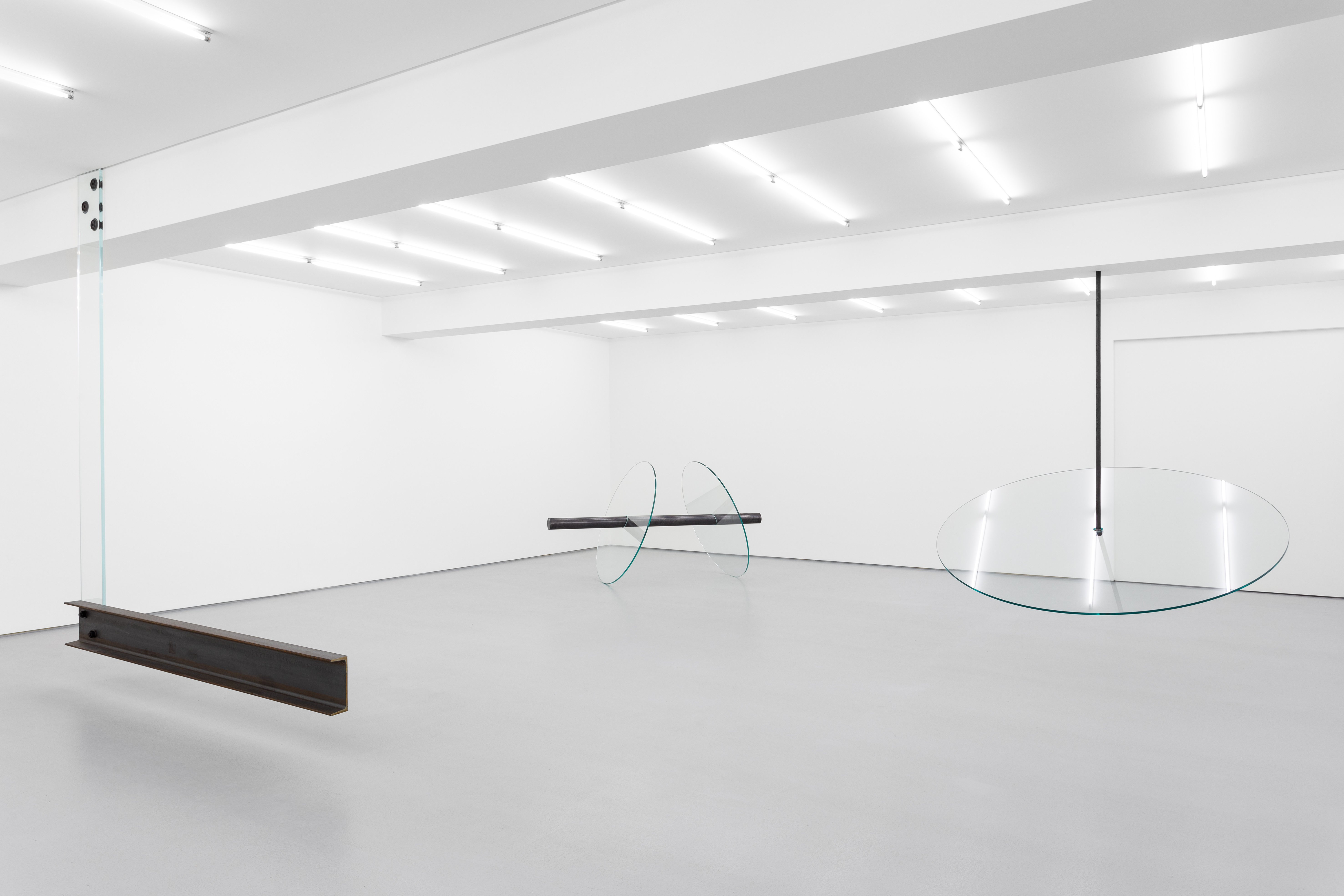 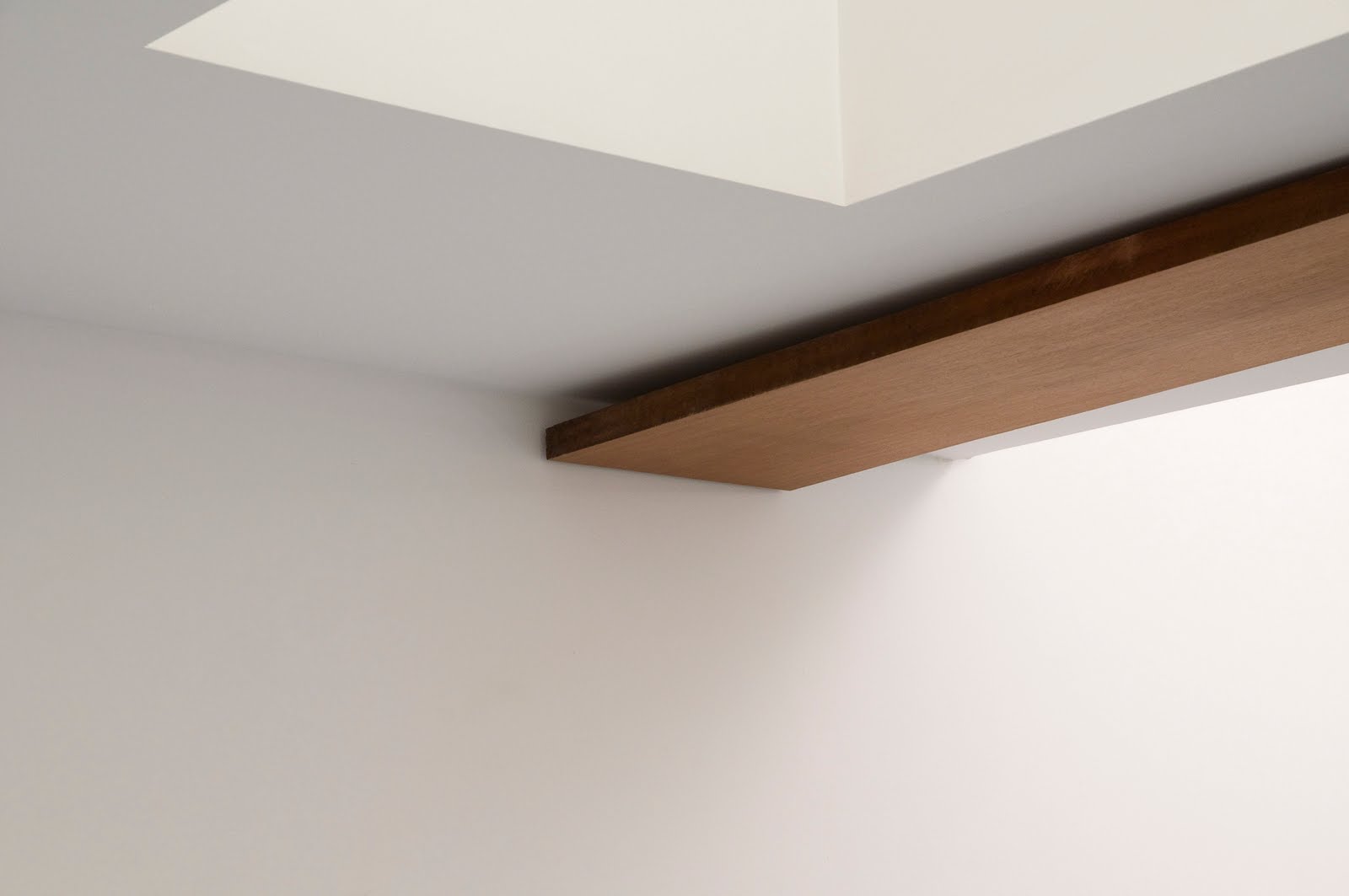